Dr. Tebby is a native of Canada, growing up in Vancouver, British Columbia. He is a graduate of North Carolina State University earning a Bachelors of Science degree, as well as Palmer College of Chiropractic, earning his Doctorate as a Chiropractor in 1985.

The practice out grew it’s office space, so a new location was found a mile up the road. In 1991 the Keith Clinic of Chiropractic – South moved into a new modern free standing clinic to serve the chiropractic needs of the people of south Charlotte.

In 2003 the Keith Clinic of Chiropractic – South transformed into the Tebby Chiropractic and Sports Medicine Clinic and has served the south Charlotte community continuously.

Dr. Tebby has continued his studies with years long continuing education courses and programs, including but not limited to, care and treatment for sports related injuries, physical rehabilitation protocols for musculo-skeletal injuries and care, treatment of automobile accident related injuries and orthopedics.

Dr. Tebby has participated in the U.S. Department of Justice’s continuing education symposium in Columbia, S.C. for the nations Attorney General’s Offices as both a lecturer and consultant. Dr. Tebby’s post graduate education includes course in  sports chiropractic medicine, chiropractic physical rehabilitation and chiropractic orthopedics, to name just a few.

Dr. Tebby is a one of the few chiropractors certified as a Medical Examiner with US Department of Transportation.

Dr. Tebby enjoys flying, having attained a multi-engine instrumented rating, motorcycling and fly fishing with his wife in the mountains of both North Carolina and Tennessee. He has also developed computer applications designed to enhance patient and client experiences for both chiropractors and personal injury attorneys. He has an interest in cooking, creating the Tebby Chiropractic and Sports Medicine Clinics very own branded hot sauce, which has received rave reviews.

He received both a Bachelor of Science in Human Biology and his Doctorate of Chiropractic, graduating in April, 1980. In June 1980, he and his late wife, Karla, moved back to Charlotte, North Carolina and he joined the staff of Keith Clinic of Chiropractic (August, 1980) working with Dr. Keith and to be near his children.

With the exception of 15 months (November 1985- March 1987, when he returned and practiced in Illinois) he continued to work with the Keith Clinic West.

Dr. Byrd has continued to further his education with post-graduate studies from multiple Chiropractic Colleges (National, Logan, Palmer, Palmer-West, Life, and New York State) as well as multi-disciplinary studies through UNC. He was a member of research study of low back pain through UNC-Chapel Hill.

He also added a certification in spinal trauma and soft tissue injuries (C.C.S.T.) to his continuing post graduate education and was listed in Who’s Who in 2005/2006.

Dr. Byrd has two daughters. His oldest is married with two children and recently received her B.A. in criminal justice. His youngest has a degree as a Certified Veterinarian assistant and is working on becoming a writer.

Outside the office, Dr. Byrd enjoys spending time with family and friends, walking and hiking, fishing when possible, and studying/reading/exploring North and South Carolina history. 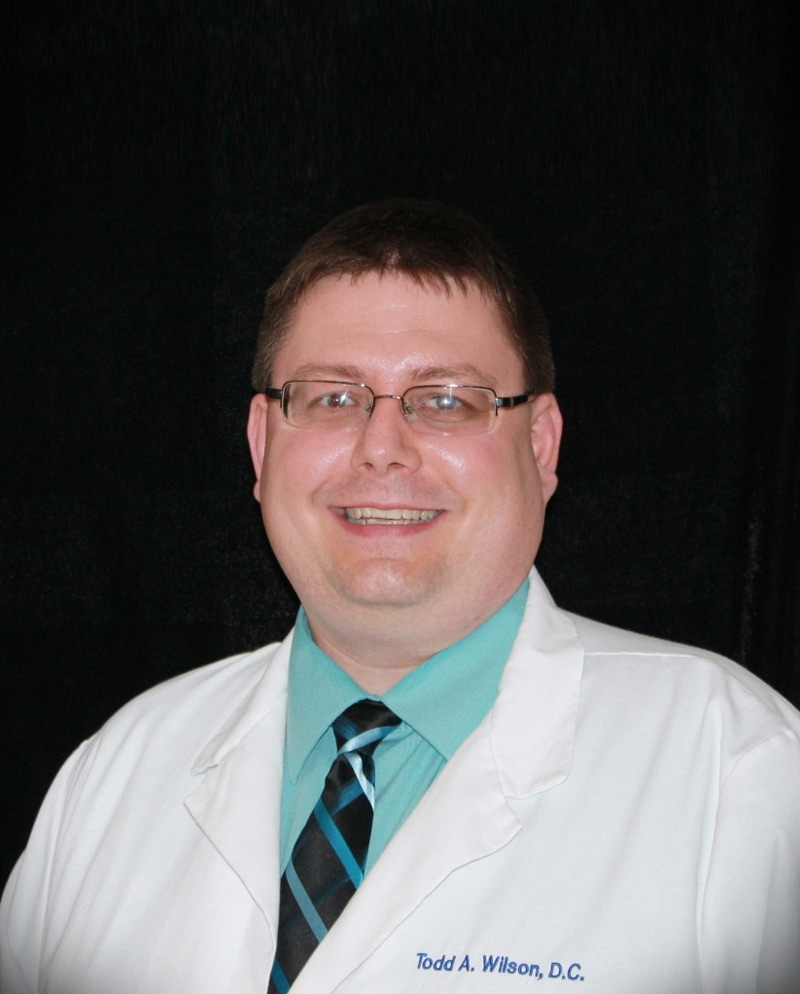 Dr. Wilson is originally from St. Louis, MO. He earned a Bachelor’s degree in Biology from Truman State University and obtained his Doctorate of Chiropractic from Palmer College of Chiropractic in 1999.

He practiced in Kentucky for three years before moving to Charlotte in 2002 after several enjoyable visits to North Carolina.

Dr. Wilson wrestled and played football in his college years and enjoys helping people with athletic injuries from the weekend warrior to the avid exerciser.

Dr. Wilson is a member of the North Carolina Chiropractic Association. He is also a member of Optimist International, a service group that aims to provide a helping hand to youth and the Animal Adoption League, a local organization dedicated to rescuing abused and neglected animals.